What loads matter when designing a building? 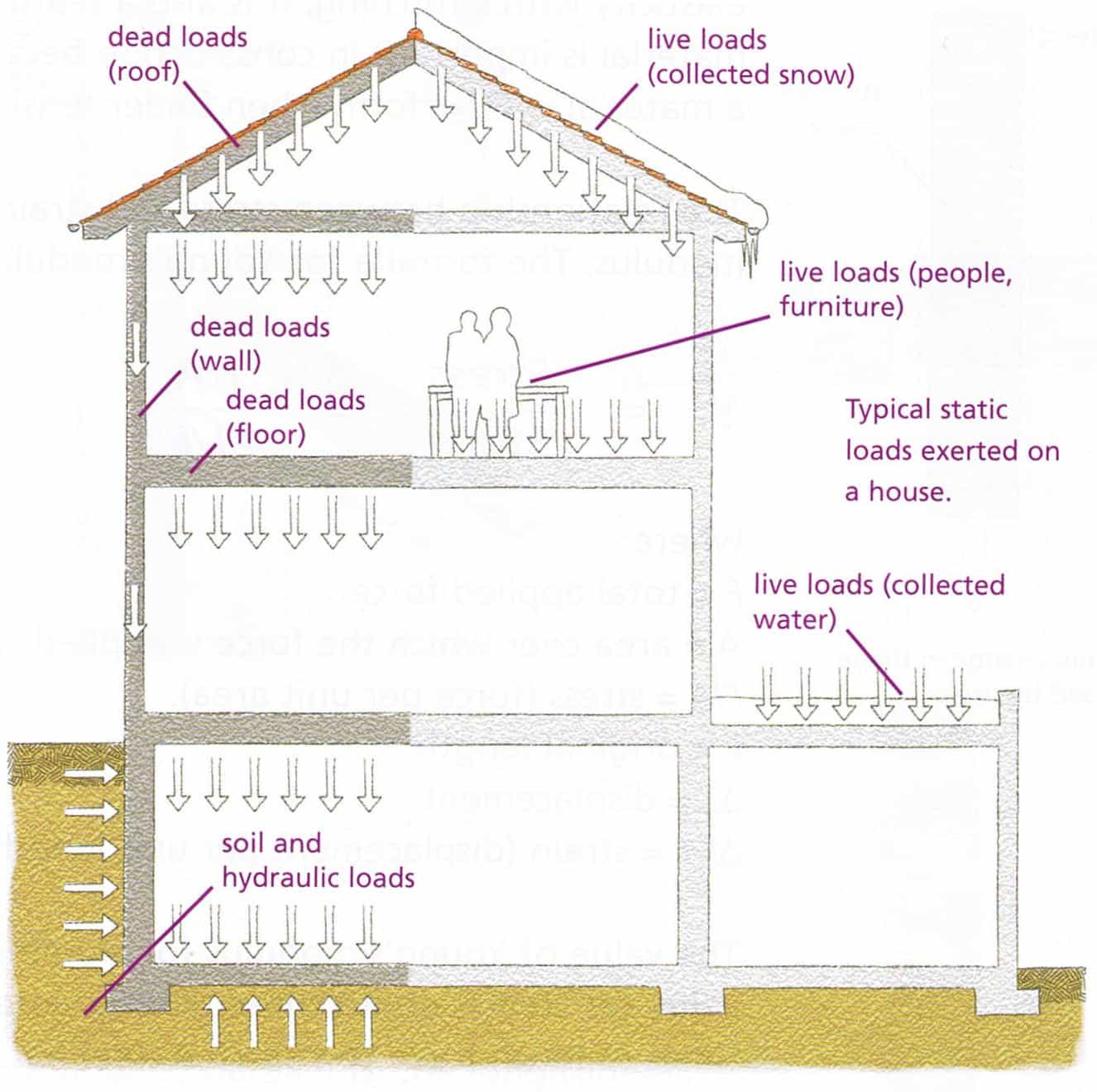 Structural engineers are constantly having to consider what loads will be in action, and how structures can be made to withstand these loads. A load can be defined as a force that a building or structure must be able to resist. Building loads must be a primary consideration in any design to provide safety, integrity and longevity.

When designing any new building or structure, it is vital that due attention is paid to the loads that the finished building will be subjected to. But what, specifically, do we consider as ‘loads’? Any building will come under pressure from a variety of loads. These are categorised under the following main banners:

These loads are applied either vertically or horizontally. The building’s intended function and occupancy level, configuration and location, including climatic conditions, will come into play. The extent of these loads will then influence material choice, construction details and architectural details. It is the job of the structural engineer to make sure that design loads are applied in a realistic manner, erring on the side of caution.

Perhaps the most diverse and common group are the vertical loads, which include both dead and live building loads.

These are permanent or static loads that are transferred to a structure over time. Dead loads usually refer to the weight of structural components, walls and construction elements themselves. The weight of any beams, roofs, columns and walls are vital, but all of the materials that go into the construction of a building or structure must be considered. Dead load calculations are made by the volume of each section multiplied by the unit weight. These loads are called permanent, as they are not subject to change over time. The dead load acting on a structure can be calculated once, and should never change unless the structure is altered.

Live building loads are by their very nature more volatile. They are also referred to as imposed loads. Such loads are imposed by actions related to the building’s intended use and occupancy, and they can change over time. It is the structural engineer’s remit to suitably anticipate these live loads. Once expected live loads are calculated, they will have a bearing on the design of beams, columns, load-bearing walls and foundations. Live loads are certainly harder to predict than dead loads, as they can fluctuate over time and are based on predictions related to usage.

These refer to wind, seismic activities and earth loads that act in a direction perpendicular to the walls of a building. Wind forces can be significant and must be accounted for in building design. Whereas, earthquakes and seismic loads will depend on location and proximity to seismic activity. Lastly, earth loads refer to the soil that builds up against a wall and leads to lateral pressure. Foundation walls, retaining walls and tunnels can all come up against this kind of load, and design must account for anticipated lateral loads like this.